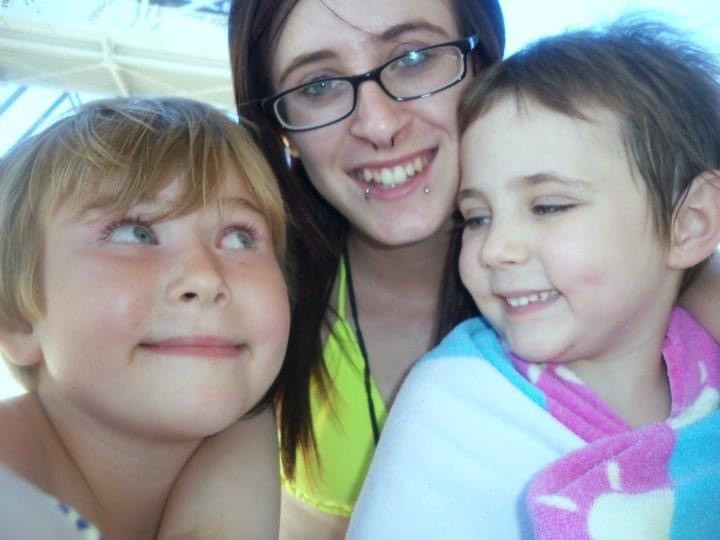 What if you had to choose quality of life over more medical treatments and time together – not just once, but twice – for two of your four children?

This is the heartbreaking reality for Ryan House parents, Carrie and Nick Farinella. As a family, they’ve had to navigate numerous types of cancer, a move across the state to be closer to medical facilities, and end-of-life care.

The Farinella’s story began as many young families’ stories do – loving parents who welcomed healthy babies into the world. First Alyssa, then Aiden. When their third baby, Sophie, was born she was an extremely happy baby and met all her milestones. It wasn’t until about five months old that she started showing signs of lethargy, fussiness, digestive issues, and odd behavior that Carrie and Nick knew were simply not normal.

After several trips to her doctor and urgent care, they ended up at the ER which led to her unfortunate diagnosis: choroid plexus carcinoma, a very rare malignant brain tumor. Devastated but determined, the Farinella’s stayed the course of treatment – brain surgery and a year of chemotherapy. Much to their relief, Sophie went into remission.

The Farinella’s thought their nightmare was over and with everyone healthy in the family again, they bought a home in Prescott and looked forward to what the future held.

But in 2009, Sophie developed new symptoms, and what started as a concern about a virus, ended with the discovery of a teddy bear-sized lymphoma in her chest called T-cell lymphoma as a result of her chemotherapy (which had mutated her genes) showing markers for acute myeloid leukemia (AML).

Devastated once again, the Farinella’s were sure of one thing – they wanted to provide Sophie with as much comfort as possible. They made the difficult decision to relocate back to Phoenix for a bone marrow transplant – a procedure she received but was ultimately unsuccessful.

They learned about Ryan House’s end-of-life care through their medical team. Carrie was surprised to see that it wasn’t dreary and sad as she’d initially assumed.

“It was such a warm and welcoming place, and I felt very at home before we were even there just by the way that the care team talked with us on the phone and told us what to expect,” Carrie said. “I was completely blown away and amazed when I first arrived that I had to stop for a second to take it all in.”

Sophie enjoyed activities like swimming, and time outside on the adaptive playground until she began steadily declining. The care team helped to fulfill her dreams and wishes including an early festive Easter celebration for the whole family, complete with a fun Easter basket. Sophie passed away peacefully in March 2011. None of these special memories could have been created for Sophie or other children at Ryan House without your generosity and support.

One year later, the family welcomed a new baby, Harrison, but Sophie’s presence was still deeply missed. The loss of Sophie was especially hard on her older brother, Aiden, who was born with autism. He was just seven at the time.

A few years later, on Christmas Day in 2014, just as life was starting to return to their new normal, Aiden experienced a seizure. Doctors soon discovered it was caused by an inoperable brain cancer called oligoastrocytoma. Astonished, they shared that there is less than a one percent chance that a family would have two kids with brain tumors, especially surprising because they had all undergone genetic testing upon Sophie’s diagnosis and there had been no indicators

The next few years for Aiden and his family were spent receiving treatments in and out of the hospital. In 2017, the Farinella’s received the good news that Aiden was in remission.

But just as Sophie’s cancer returned after remission, so did Aiden’s, only one short year later. At the beginning of his first year of high school, Aiden suffered a stroke. And, when it became clear how Aiden’s story would end, Carrie and Nick had the daunting task of telling their teenage son that they were choosing quality of life for him instead of endless treatments and that he would see his little sister soon.

The Farinella’s started bringing Aiden to Ryan House for respite stays so he was comfortable when it came time for him to receive end-of-life care and so they were able to get some rest from the 24/7 care he needed. Among many things, he loved to stay up late, making cookies and doing other fun things in the middle of the night with the care team. When he died in May 2018, he was surrounded by his family and the loving, caring Ryan House staff that he’d come to know so well.

“I just don’t know what I would have done without them,” Carrie said as she reflected on some of the most difficult years of her life. “The love, the understanding, and empathy… They were always able to meet us where we were.”

Every day, families like the Farinella’s must face the unimaginable for their children. But thanks to your generosity and support, Ryan House can continue to offer services, care, and love to children who are medically fragile and their families here in Arizona.

Ryan House can care for families like the Farinella’s because of you.  Can we count on you to make a gift today so that we can continue to offer respite and end-of-life care to children like Sophie and Aiden?

Every dollar given makes a difference. Click here to make your donation today. Thank you! 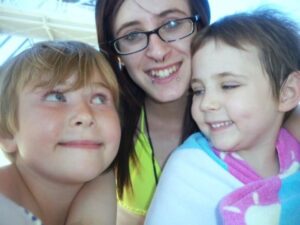